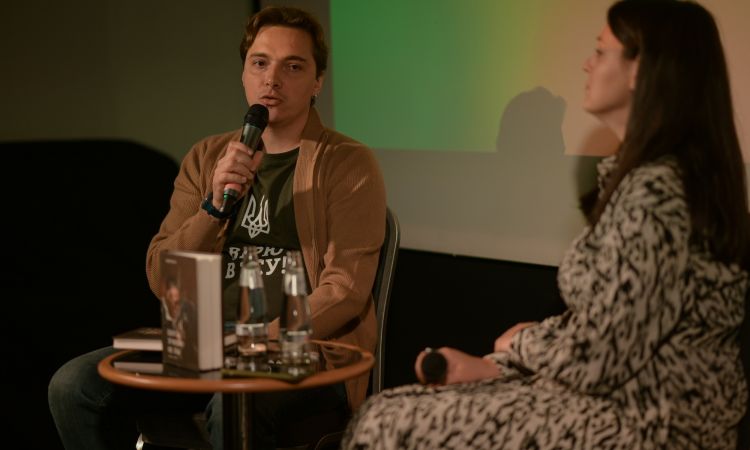 “An author can give a much more impactful account of what life is really like in Kharkiv than a news report can,” says Evgenia Lopata. With her publishing house Meridian Czernowitz, she organises an important part of the festival. Because she is responsible for the publisher’s literary programme, she travelled to Berlin with authors from Ukraine: Iryna Tsilyk, Andriy Lyubka and Roman Malinovskiy, who regularly help out on the front line, giving a voice to the war in their lyrics. As the mouthpiece of Ukrainian literature, Lopata wants to make the texts as well-known as possible “so that European also view us as citizens, as a country in its own right”.

This is because there is another matter – besides networking – that is close to the artists‘ hearts: they are determined to show that Ukrainian culture already existed before the Soviet Union. “My parents have lived their whole lives in Chernivtsi but had not heard of Paul Celan until 2010,” explains Lopata. “We were unaware of the foundation of our lives.” Until Ukraine became independent in 1991, she says, so much that had been established in multicultural cities like Chernivtsi had been suppressed. Lopata also views the “Goethe-Institut in Exile” as an opportunity to talk about the cultural legacy of Ukraine. She admits that the festival and subsequent reading tour completely exhausted her, but that she felt honoured by the communication and empathy that was shown.