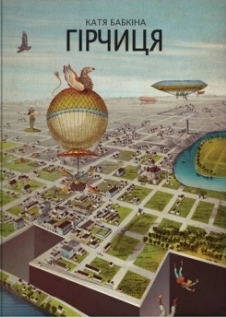 Kateryna Babkina was born in Ivano-Frankivsk in 1985.

Her poems are translated into Polish, English, German and Russian.

Her book „Girtchytsya“  was published in September 2011.

It is a collected volume of the personal poems, rhythmical and rhymed, that have no vers libre and lifeless texts, instead of it there is a little of humour, bitterness, removal, sorrow, tenderness, of live noneliterary words and obscene words.