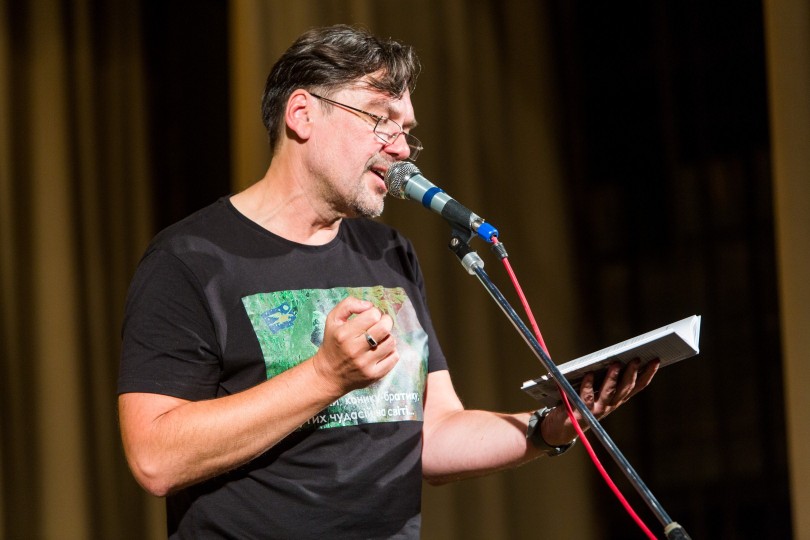 Juri Andrukhovych was born 03.13.1960 in Stanislav (now Ivano-Frankivsk). He graduated from the editorial department of the Ukrainian Polygraphic Institute in Lviv (1982) and literature courses at Higher Literary Institute in Moscow (1991).

In 2011 the author published “Lexicon intimate cities”. This is the first prose book project, which took place in the International Poetry Festival MERIDIAN CZERNOWITZ.

Among a number of his literary awards: